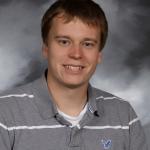 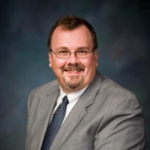 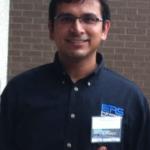 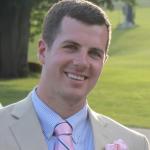 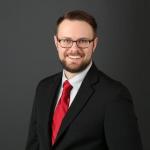 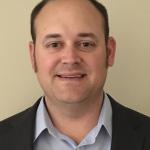 General Director Line Maintenance, California Div, BNSF Railway
Growing up in a suburb of Milwaukee I always knew I wanted to find a job with an outdoor element.  Summer jobs farming, landscaping and surveying reinforced that feeling.  After graduating from high school I applied to and was accepted by Michigan Tech in the Civil Engineering program.  While at Tech I was involved with Filmboard and Concrete Canoe.  I hadn’t considered railroading as an option until I took the transportation, public transit, and construction classes required for my degree … but those sparked my interest.  Having my friend Chad Scherwinski take a position with BNSF four mon 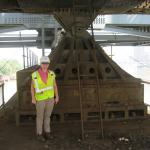 CSX Transportation
Steffanie graduated in May 2010 with a BS in Civil Engineering. She has been working with CSX Transportation since May of 2011. “This job is my first experience in the rail industry. I learned of this position at the MTU 2011 Spring Career Fair. I was looking for a job related to bridges, but I didn’t want to work for a consulting firm. I didn’t realize I could pursue a career in bridges while working in the rail industry until I spoke with the CSX representative at MTU." 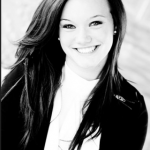 Transit Rail Group, HDR
I graduated in May of 2015 with a BS in Civil Engineering and began working for HDR in June with the Transit Rail group in Minneapolis, Minnesota. The group I am working with has led many different transit projects including light rail, street car, and bus rapid transit. 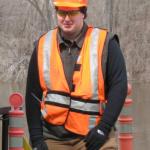 Norfolk Southern Railway
Andy Manty graduated in May 2010 with a BS in Civil Engineering. He has been working with Norfolk Southern Railway since July of 2010. “Growing up in the Upper Peninsula of Michigan there wasn’t much railroad activity, but I did grow up around the Lake Superior and Ishpeming Railroad (LS &I) which services the CCI iron mines in the Ishpeming area. At Michigan Tech I started to get involved with REAC and my interest in the rail industry grew." 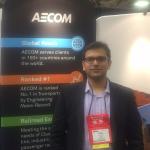 AECOM
I graduated from Michigan Tech with an MS in Civil Engineering in Summer 2014. While at Michigan Tech I conducted my Master’s research under Dr. Pasi Lautala, focused on multimodal options in the Upper Peninsula of Michigan. I also participated in REAC and other rail related activities at MTU. After interning at Engineered Rail Solutions (ERS) in Illinois, I joined the transit team in AECOM’s Minneapolis Offices as a Track Design Engineer.