Andy Manty graduated in May 2010 with a BS in Civil Engineering. He has been working with Norfolk Southern Railway since July of 2010. “Growing up in the Upper Peninsula of Michigan there wasn’t much railroad activity, but I did grow up around the Lake Superior and Ishpeming Railroad (LS &I) which services the CCI iron mines in the Ishpeming area. At Michigan Tech I started to get involved with REAC and my interest in the rail industry grew. I got a 7 month co-op with Union Pacific Railroad in their Structures Department. I worked in Chicago and St. Paul, MN on bridge maintenance projects. After my co-op with UP my involvement with REAC continued and I worked for the Rail Transportation Program during the summer of 2009. I assisted a summer research project which looked at alternative material railroad crossties as well as on plans for the CN RTEC. I worked on the LS&I Rehabilitation and Pine Hill Scale project which covered several aspects of design, construction and operational impacts. After graduation I came to work for Norfolk Southern in their Maintenance of Way Department. In my current position I work on different territories as needed or if there is a large project going on. Usually, I will inspect track or work with the section gangs to learn the finer points of railroading while on a territory. There is a large group of people retiring in the coming years, and a lot of railroad knowledge needs to be passed on to a new generation of railroaders. The best part about my job and the industry is that there will be something different everyday that will challenge you, and you can count on that happening every day.” 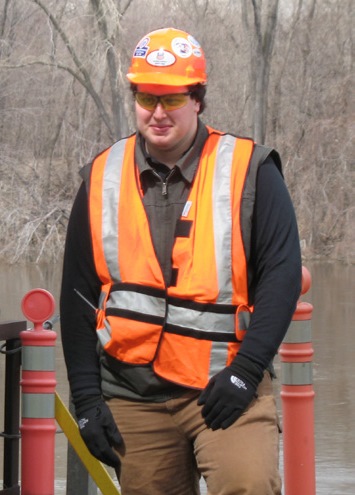