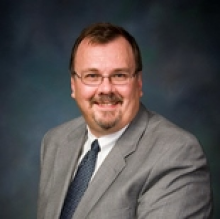 Tim Hoeffner is the Director of Michigan Department of Transportation's (MDOT) Office of Rail, which focuses on passenger and freight rail issues and developments for the State of Michigan.

Tim gradutated from Michigan Tech in 1980 with a Bachelor's degree in Civil Engineering, and has since accumulated over 30 years at MDOT. He's held the posts of  including Manager, Freight Safety and Services Division; Manager, Rail Passenger Services Division; and Administrator, Intermodal Policy Division, where he served as policy advisor on critical transportation issues, and analyzed and monitored federal and state legislation. He also is Gov. Snyder's representative on the Midwest Intercity Passenger Rail Commission, where he serves as vice chair.

Mr Hoeffner has been a significant supporter of Michigan Tech's Rail Transportation program over the years, and at the 2017 Railroad Night, he was named an Honorary REAC Member. 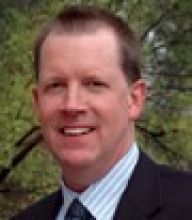 After graduating from Michigan Tech in 1981 with a BS in Civil Engineering, he was employed by Burlington Northern, and later its sucessor BNSF. During that time, he held various positions including Corporate Management Trainee, Roadmaster, Engineer Standards, Manager of Rail Maintenance, Division Engineer, and AVP Line Maintenance.

From 2001 through August 2008, he served as VP and COO of the Alaska Railroad Corp., before joining CN in his current position in February 2009.

Matt was honored as an honorary REAC Member at Railroad Night, 2016 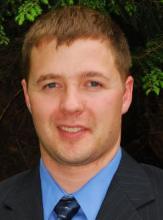 My first involvement with the rail industry came as a summer internship with CSX Transportation in 2007. The experience got me interested in a rail career, so after my return to Michigan Tech, I tried to find a way to combine my two passions; railroads and the Upper Peninsula of Michigan. Fortunately, I was able to secure another internship with Lake Superior & Ishpeming Railroad (LS&I) in Negaunee, MI for the summer of 2008 and after getting some more experience through Dr. Lautala’s CE 5409 Track Engineering and Design course, LS&I hired me full time as their Civil Engineer in 2009.

Since then, I’ve been able to work in multiple leadership positions in the organization, ranging from track maintenance to car and locomotive maintenance. Moving between positions, some of which have been a stretch to my civil engineering background, have really allowed me to learn new things on daily basis and my job has never turned into boring repetition. I’ve also been able to continue my collaboration with Michigan Tech’s Rail Program through student projects that we’ve sponsored, annual field visits by the Railroad Club, and most recently as a member of the Rail Transportation Advisory Board (RTAB).

Since 2013, I’ve been in my current position as Section Manager Maintenance. Only five years after my graduation, I am responsible for the entire maintenance group at LS&I. This includes everything from railroad infrastructure to motive power. Under this wide range of assets I maintain include the Marquette Ore Dock, which is over 100 years old and has seen over 450 million tons since 1912. The majority of that tonnage was moved with railcars that were built in 1937, which we still maintain today. Similar to the overall rail industry I’m challenged on a daily basis to determine economical projects that will continue to extend the life of those assets

I feel extremely blessed that I’ve been able to move my career forward with LS&I. In a short line railroad, like us, one needs to be an extremely versatile “jack of all trades”, but it also offers freedom to grow, both professionally and as a person. And the best of all, every day I get to spend time outdoors and enjoy the beauty of the Upper Peninsula. 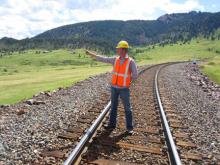 Tom graduated with a bachelor’s degree in Electrical Engineering in 2008. He is currently the Assistant Manager of Methods and Research with Union Pacific Railroad in Omaha, Nebraska. Tom’s career with Union Pacific began with a co-op from June to December of 2006. He was hired as a full-time employee in August of 2008.

“My first involvement in rail was through MTU’s “Summer in Finland” rail education study abroad program. At the time, my professional interests lied elsewhere, but I welcomed the opportunity to travel abroad. During the program, I found the course material to be very interesting, and was particularly excited about the opportunities inside the railroad industry for EE’s. Following the program, I received job offers into a co-op program from three railroad companies. I picked Union Pacific because they already had projects lined up for me, all of which had a high “cool-factor”: remote control locomotives and classification yard automation. When I returned to school, I became an officer in MTU’s Railroad Engineering and Activities club, which allowed industry involvement while still in school. Following graduation, job offers came easy since there was a high demand for EE’s in the railroad industry, and there were very few candidates with railroad-specific experience. I again chose Union Pacific because of my positive experience during the co-op, and advancement opportunities within the organization. Union Pacific, along with most of the other large railroad companies in the US have designed a year-long training program that allows new-hire engineering grads to see and participate in a wide berth of the railroad business. I found the program extremely valuable. The travel and workload were intense, yet my principal responsibility was to learn; not todesign/manage/produce. This was an ideal arrangement, since it allowed the knowledge to soak in.

Some of my favorite experiences during this time included operating a freight train, changing the brushes of a locomotive traction motor, and meeting the faces on the ground that keep the railroad running. Near the end of the program, I began shadowing an engineer responsible for “wayside detectors”: sensors and equipment that monitor passing trains for safety defects, such as out-of-round wheels and overheated wheel bearings. I’ll be taking full responsibility for this position in the near future. The position is particularly exciting because the projects have a multidepartment influence and allow involvement of all project phases, including R&D, construction, and subsequent maintenance.

Because of the railroad industry’s eagerness to embrace new technology such as LIDAR, Machine Vision, Infared Imaging, and much more, a motivated individual in the industry is not only guaranteed to have a stable and rewarding career, but also an interesting one.” 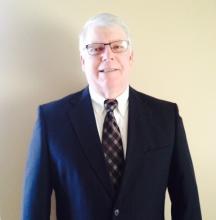 “Jim’s phone rang many times each year with requests for visits, projects, information, etc. and we’ve never been turned away. Jim and our alum Darryl Babbitt (who is continuing Jim’s work at LS&I) have always opened their arms to our troops and made it available for our students and faculty to observe a revenue-serving railroad from within. Jim’s continuous support, has made it possible for us to be where we are today.” - RTP Director Pasi Lautala.

In Jim’s words: “I began my railroad career in 1972 as a track laborer during the summer months while attending college. In the summer of 1973 I moved into the shops as a machinist helper. In 1975 I was transferred to the electrical dept. where I went through an apprenticeship and began work as an electrician in the locomotive department. I was later promoted to an electrical foreman’s position before being given a position in management as a shop superintendent in 1985.

Over the course of my career I have held positions as Signals and Scales Superintendent, Purchasing Manager, Chief Mechanical Officer, and Chief Engineer. In 2002 The Lake Superior and Ishpeming Railroad was consolidated into Cleveland Cliffs Iron Co. and I was given the title of Section Manager Maintenance, Transportation at the LS&I Division of Cliffs Michigan Operations. I went on to hold the position of Acting Area Manager Transportation before retiring in 2013 as the Area Manager of Transportation Maintenance for Cliffs Michigan Operations .I am a third generation railroader whose father and both grandfathers worked in the railroad industry on now long defunct railroads such as the Erie and B&O. I grew up with a love of the rails which continues to this day. My time spent working on projects with the Michigan Tech’s group was a very enjoyable chapter in my career. I hope the program at Tech continues to flourish and supply eager young minds to what I believe is an exciting future career in railroading.” 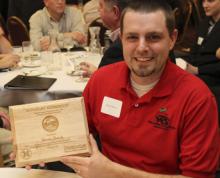 Brent became involved with REAC during his freshmen year at Michigan Tech. By his junior year, he was elected REAC’s President by his peers. During his tenure as President, he was instrumental in increasing REAC’s visibility on campus. Along with fellow REAC members, he used his personal passion to lead activities ranging from assisting area Boy Scouts with earning their Railroading merit badge to constructing sturdy sign boards to promote REAC events. He also participated in the Summer in Finland program while at Michigan Tech.

Brent graduated with his BS in Civil Engineering from Michigan Tech in 2009 and has since been working for the Wisconsin & Southern Railroad, LLC. (WSOR) in Madison, WI. He has continued to stay involved with REAC by hosting field visits on WSOR property. He stays involved with AREMA by attending the annual conference and serving on the Conference Operating Committee, a volunteer position at the annual conference that he was introduced to through REAC as an MTU student in 2008. Brent's current position at the WSOR is as their Project Engineer, he is responsible for new construction and continuing maintenance projects concerning track and drainage. He also assists the WSOR’s marketing department by providing preliminary track layouts to existing and potential customers. 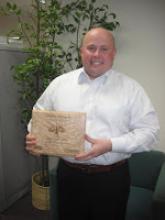 Chad has been a very active participant in both REAC and the Rail Transportation Program. Chad has been a great advocate in the development of Michigan Tech students' interest in the railroad industry and has been actively recruiting students interested in the Class 1 railroads for BNSF since 2006.

He graduated from Michigan Technological University with his BS Civil Engineering in August 2005 and by September 2005 started working with the BNSF Railway Company in San Bernardino, CA. In 2006, Chad was relocated to Seattle, WA and finally to Minneapolis, MN where he currently resides. In his current role as Manager Engineering, Chad oversees a team of Project Engineers leading design and construction ranging from the reconstruction of BNSF's Mississippi River crossing in Burlington, IA to mainline crossovers and siding construction. 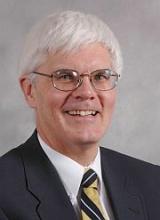 Dr. Bill Sproule has over 35 years experience in government, consulting, and university teaching and research in Canada and the United States. He joined the faculty at Michigan Tech in 1996 and is a Professor in the Department of Civil and Environmental Engineering.

Over the years he has taught a variety of courses in traffic engineering, transportation planning, airport planning, highway design, public transit, and consulting engineering, and was an integral part in the development of the Rail Transportation Program at Michigan Tech.

He has a wide range of professional experience and his current research areas include airport ground access and terminal planning, traffic safety, automated people mover systems, and hockey history. Bill has been active in many professional associations and has received several awards including the Michigan Tech Distinguished Teaching Award and the ASCE Robert Horonjeff Award for his work in airport engineering. He is also the Faculty Athletic Representative for Michigan Tech. 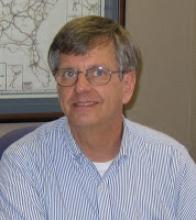 Eric has been one of the greatest supporters and advocates of railroad activities in Michigan Tech, since the initial start in 2003. Over the years, Eric has given guest presentations and lectures on campus, worked diligently in providing the industry perspective for program development and assisted the program with a personal donation from himself and his wife Pat.

After leaving Michigan Tech in 1971 with both a BS in Civil Engineering and an MS in Business Administration, Eric worked for over 36 years in the railroad industry. He retired from CSX Transportation in 2008 as an Assistant Chief Engineer. Some of his most memorable events and accomplishments include involvement with the first computer terminals in division engineer offices and training as a locomotive engineer.

Eric and his wife Pat live in Jacksonville, Florida and in addition to spending time with his family, his hobbies consist of boating and model railroading.